From Jared:
What a day!! I started off with breakfast with the youth here. We discuss everything we possibly can about the theatre organ. Soon after, I took a nice walk to Grays. There we saw Mark Herman. I had no clue the organ lifted into the air. Quite a sight!! I was acknowledged today before the concert. If I had known beforehand, I would have dressed nicer!!! Anyway, Mark played a few fantastic songs, including God Bless America, a Showboat Medley, and more!! As for the unenclosed 32 foot Diaphones, I swear I could've heard them from the parking lot. Just wow!!!! Fantastic job Mark!

Next we went to the Masonic Auditorium to see Jonas Nordwall at the 4/28 Wurlitzer, a newer installment owned by WRTOS. One of the finalists for the YTOC quoted George Wright, saying this: "I wouldn't walk across the street to hear most organists, but for Jonas, I'd cross with no hesitation." I completely agree!! He put the entire instrument into use, and I don't think many others could fill the room with sound such as Nordwall. It was quite the experience!!

We returned to the hotel, and I, myself, went to the room to relax... for 15 minutes. After my very short break, I worked at the record shop a little, but there wasn't much crowd, so I went to the gold room to listen/play the new Allen Organ! Chris, the finalists and I all played together, sometimes duets! Hearing all the finalists, I'm very excited to hear them in the YTOC tomorrow; good luck Luke, Richie, and Seamus, hope to see and hear the best of you all!

Check back tomorrow, I'll be saying a lot about the younger audience here, stay tuned!!

From Christopher:
My name is Christopher, one of the winners of the George Wright Memorial Fellowship scholarship.

When we got back from Detroit last night, we were happily surprised to see an Allen theatre organ set up in the lobby. Technically speaking, Day 2 started immediately at 12am as Jared Goldinger (other GWMF winner), the YTOC finalist (Seamus Gethicker, Richie Gregory, Luke Staisiunas) and I played the Allen late into the night. We finished around 2am when we were the last ones left in the Lobby.

Day 2 of the convention was quite fun, and surprisingly relaxing. My morning started early. I met Jared, Seamus & Richie)in the lobby as we planned to meet for breakfast. A walk through downtown revealed that everything was closed for the holiday. We returned to the hotel's restaurant for their breakfast buffet (which was quite a good decision!). After breakfast, all of us prepared for our 1st venue of the day, Mark Herman at the The Cleveland Grays Armory.

The Armory is quite a special venue. Originally built in 1894, it's on the national register of historic places. Also one of the oldest standing building in downtown Cleveland.
As soon as I entered the building, I IMMEDIATELY noticed the unenclosed 32' wood diaphones along the back wall. The organ is beautiful, a Wurlitzer style 240, expanded to 15 ranks. This is the same style model as the Akron Civic Theatre, which we will hear Thursday. The white and gold (lots of gold!) really make the console beautiful. By far, one of my favorite theatre organ console designs. The console is actually on a movable lift (you don't see that often!). Mark Herman really made this organ sign. Just like Stahl's, the acoustics are amazing! Chambers are front and center, and the wood floors, metal ceiling and cavernous space just let the sound fly and swim all over. Just beautiful to hear. The entire ground and building shook when Mark used the 32' Diaphone, and it's the first time I got to hear a real 32' theatre organ stop. What a great experience. I also got a chance to view the chambers, thanks to Harold Wright.

After returning to the hotel and having lunch, I attended the ATOS annual meeting. It's nice to see that ATOS is always moving forward, along with targeting new youth members and future youth programs.

Next up was Jonas Nordwall at the Cleveland Masonic Performing Arts Center, another historical building built in 1921. Yet again, wonderful acoustics with the auditorium! The 4/28 Wurlitzer (owned by our Western Reserve chapter) is quite a magnificent insturment. The amount of volunteer work put in by my chapter is just unbelievable, and it really paid off. Interestingly, the Wurlitzer organ chambers are only on one side of the auditorium (an Austin organ on the other side), but it still fills the space beautifully with the rich acoustics. I especially liked the tuned percussions there.

Back at the hotel, everyone gathered in the lobby for cocktail hour. After awhile, the guys and I went to play on the other Allen set up in the ballroom....and we are still playing as I write this! 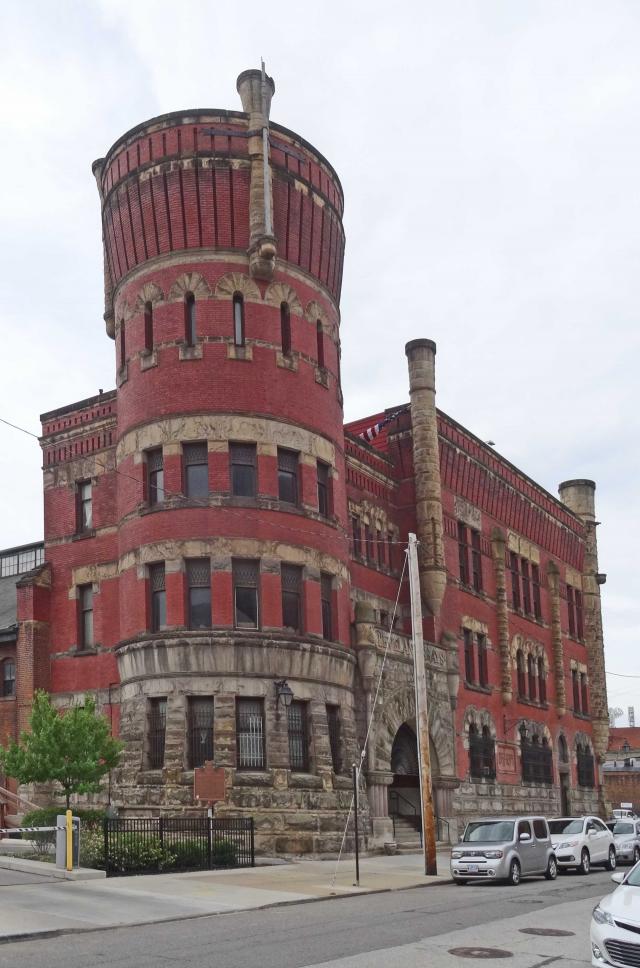