Theatre organ friends, again it has fallen on me to relay the news that we have lost another valued member of our community. Stanley “Stan” Zimmerman passed away today after a period of rapid decline. Stan was born in Moline IL in farm country. He became interested in the organ and its music at an early age. Stan became a part of the Chicago Theatre Organ scene in the early 1960’s, palling around with John Seng at Mundelien, Kay McAbee at the Rialto in Joliet, Tom Sheen at the various places he played, and just about anywhere nearby where a theatre organ was located. A veteran of our nation’s military, stan served in the US Navy in Vietnam.

Professionally Stan worked in the sales force for several electronic organ manufacturers. Working in sales for local representatives/retailers, He sold Wurlitzer, Conn, and Allen organs. In the late 1970’s Stan moved to the Detroit area and became a fixture in the TO scene here, playing shifts at Pizza and Pipes in Pontiac, club events at the Senate Theatre, Royal Oak Theatre, Punch and Judy Theatre, and of course, many movie events at the Redford Theatre. While in Detroit Stan worked for Dunn Music in Flint and Smiley Bros. in Detroit. For a while he lived in the carriage house behind the Indian Village home of Dave Voydanoff and Glenn Rank. Stan had a key to the main house and kept the Wurlitzer there humming and happy throughout the winters when Dave and Glenn went south to Florida. I was with Stan at John Seng’s funeral mass and wake, and Stan introduced me to the great Tony Thomas, who played for John’s funeral mass. Stan and Tony went beck a long way, having both grown up in the Quad Cities area and having been involved in the theatre organ scene there. Stan became Tony’s greatest supporter when Tony re-entered the theatre organ concert circuit.

Moving back to the Chicago area Stan after retirement Stan was seen at many events. His last residence was an apartment in the Hoosier Theatre in Whiting IN. I last talked to Stan about six months ago, friends were having trouble contacting him and I tried, and had the same issue. I contacted the Whiting Police, asking them to do a well being check on him. The officers found him in the diner across the street, having breakfast, in good condition. He called me shortly after that and told me that he had suffered a stroke. He didn’t have to tell me. It was apparent in his speech, and in how he was having trouble recalling names he would have remembered with ease before.

Stan was one of the happiest, most enthusiastically positive people I have ever known, and one of the best ambassadors for the instrument I have ever known. He was a friend who genuinely cared about the health and well being of other friends. Our world needs more people like Stan Zimmerman. 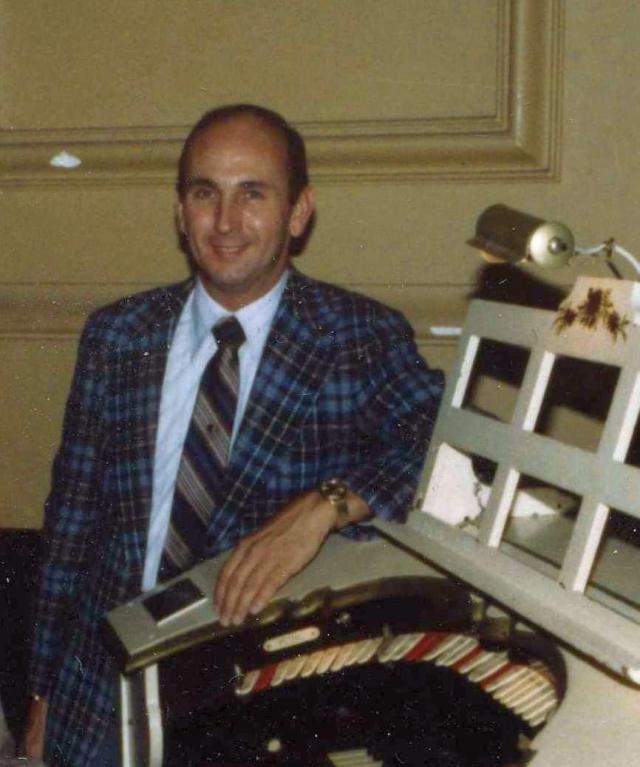