Helena Simonton, the widow of the late Richard Simonton (d. 1979), passed away peacefully July 31 in California after a brief decline in health. October 31 would have been her 99th birthday.

She and her husband, who was one of the founders of ATOS in the early 1950's, created an extraordinary home that overlooked the private Toluca Lake enclave in North Hollywood, CA. It was in this home that a gathering of theatre pipe organ enthusiasts came together in February 1955 to form what is now ATOS. For over three decades Helena was the ultimate gracious hostess, welcoming countless people into their home that possessed a 4 manual 63 rank Classical pipe organ in the living room, and a specially-designed (by Jesse Crawford) 4 manual 36 Wurlitzer installed in their lower level 63-seat Bijou Theatre. The theatre was a complete motion picture venue with two 35mm and two 16mm commercial projectors. A "Who's Who" of Hollywood film stars, musicians and pipe organ enthusiasts from the world-over passed through the doors of their home. Most every Saturday night there would be a film show for family and friends with an organist (usually Gordon Kibbee or Gaylord Carter) entertaining at the organs.

The home was sold in 1994. At that time the Wurlitzer was purchased by Jack and Mildred Hardman of Great Falls Virginia where it resides today. The Classical organ was purchased by Mike Ohman of Utah. Its disposition is unknown. Helena is survived by sons Richard, Jr. of Florida, Robert of Southern California and daughters Margaret Mitchell, Mary Beth Crane also of Southern California. There will be no funeral service. The family has endorsed, for those so inclined, donations to ATOS in honor of Helena for the continued preservation work of the theatre pipe organ. 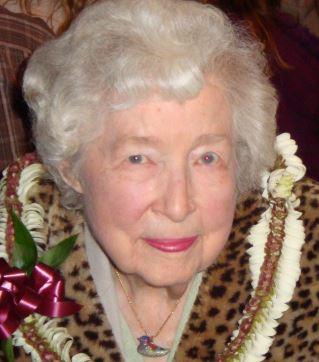