The theatre organ world lost a monumental leader and benefactor when Jack Moelmann passed away on Dec. 30, 2021. Jack was a member of ATOS since 1967, served on their Board of Directors in one capacity or another continuously for 23 years (1983-2006), chaired several committees, and was the ATOS President from 1985 until 1988. He was the ATOS Secretary 1993-2006, and was chosen as an ATOS Honorary Lifetime Member in May 1994. Most notably, he was instrumental in pushing the ATOS endowment fund above one million dollars.

Jack Moelmann was originally from Oak Park, Ill. (a suburb of Chicago). He received a Bachelor of Science degree in electrical engineering from Bradley University, Peoria, Ill. in 1965. He retired from the U.S. Air Force as a Colonel in April 1991 after serving in the Communications & Electronics field for 26 years. His last assignment was at Scott Air Force Base, Ill. (near St. Louis), near which he currently lives in the town of O'Fallon, Ill.
In addition to Jack's Air Force career, he had a career in music and in particular the organ. Jack started in music (with the piano and soloist in the church choir) at age 8. His main interests were classical, theatre, and popular stylings on both the organ and the piano.
During high school and college he was always in demand to perform on the organ and/or piano at social functions, as well as concerts in local churches, auditoriums and theatres. In 1960, he went on a family tour of Europe, during which time he was able to play at such famed places as Westminster Abbey in London and the Pantheon in Rome. Jack became the second military person to perform in concert at the Chapel of the U.S. Air Force Academy in Colorado Springs in 1972.

He performed and gave concerts in most of the famous movie palaces and auditoriums across the country. Some of these include the famed Radio City Music Hall, Carnegie Hall Cinema Theatre in New York; the Rahway Theatre in Rahway, N.J.; the Alabama Theatre in Birmingham, Ala.; the Temple Theatre, Meridian, Miss.; several organ concerts in the restored Saenger Theatre in Biloxi, Miss.; re-opening the Hattiesburg, Miss. Saenger Theatre with its restored theatre pipe organ; and playing to capacity crowds in the War Memorial Auditorium in Trenton, N.J. on its mighty Moller theatre pipe organ. From 1972-1973, he was the head organist at the Shakey's Pizza Parlour in Anaheim, Calif. playing the Mighty Wurlitzer theatre pipe organ. He was featured on the TV programs "CBS Evening News" with Walter Cronkite and "Good Morning America," St. Louis television news programs, as well as many other television and radio programs in support of ATOS, the theatre organ and its music.
He was the founder of the River City Theatre Organ Society, an ATOS Chapter in Omaha, Nebraska in 1984 and performed in eight extremely successful concerts on the Wurlitzer Theatre Pipe Organ in Omaha's Orpheum Theatre. He performed on the Mighty Wurlitzer theatre pipe organ in the Fabulous Fox Theatre in St. Louis and appeared with Bob Ralston of Lawrence Welk fame in Omaha, Chicago, and Meridian, Miss., and performed on the mammoth Kimball Concert Organ in the St. Louis Scottish Rite. He also performed at the famed Byrd Theatre in Richmond, Va., the Redford Theatre and Senate Theater in Detroit, and played at the Arcada Theatre, St. Charles, Ill. in May 1988 and September 1992. In May 1991, he rededicated the Grand Barton theatre pipe organ (originally from the Orpheum Theatre) in the Springfield, Ill. High School to a capacity crowd after it had been rebuilt and improved. In October 1992, he made his second appearance playing with the Omaha Symphony Orchestra on the Omaha Orpheum Theatre's Wurlitzer theatre pipe organ during their Halloween Pops Concert Series, his first appearance being during the Christmas Concert Series in 1988. In November 1992, he had the honor of doing the first concerts for the official unveiling of the American Theatre Organ Society Wurlitzer theatre pipe organ installed in the Towe Ford Museum in Sacramento, Calif. In December 1992, 1993, and 1994, he performed Christmas Concerts at the famed Rialto Theatre in Joliet, Ill., on its Grande Barton organ. He was a favorite at many organ clubs wherever he was stationed with the Air Force and after. He made many appearances in Phoenix, Ariz. for its organ clubs..
Jack combined his musical interest and electrical engineering background to put together an elaborate Theatre Organ instrument (both electronic and pipe) in his home in O'Fallon, Ill. He consistently shared his organ and talent with many groups around the St. Louis area and beyond.

Jack was member in the Joliet Area (Joliet, Ill.), Dairyland (Milwaukee, Wisc.), River City (Omaha, Neb.), Kansas City, St. Louis, Chicagoland, Chicago Area, Central Illinois (Springfield, Ill.), Central Indiana (Indianapolis, Ind.), La Crosse Scenic Bluffs Chapter (La Crosse, Wisc.) and Magnolia (Meridian, Miss.) chapters of ATOS. He attended most of the ATOS annual and regional Conventions not only as an attendee but on several occasions as the Master of Ceremonies or as an artist at the various jam sessions. He was an Honorary Lifetime Member of the River City (Omaha, Neb.) Chapter. He has held ATOS Chapter affiliations with the Connecticut Valley, Los Angeles, New York, Garden State Chapter (New Jersey), Alabama Chapter, and was Charter member of the Magnolia Chapter (Meridian, Miss.), River City Chapter (Omaha, Neb.), Central Illinois Chapter, and Kansas City Chapter. He served as President of the Garden State Chapter in New Jersey from 1982-1983. He was listed in "Who's Who," the "Dictionary of International Biography," and "Notable Americans." 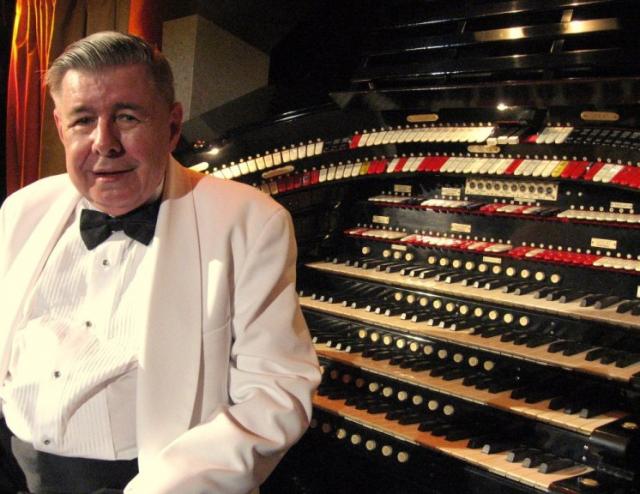