Renowned theatre organist Jim Riggs passed away on October 3, 2022. He will be remembered for his vintage theatre organ stylings and his congenial manner towards everyone he met. During his long career he served as house organist at many different venues, including 20 years at the Oakland Paramount. He is also associated with the Seattle Paramount, the Castro Theater in San Francisco, the Grand Lake Theater in Oakland, and the Stanford Theatre in Palo Alto. During the 1980s he would often fill in at the Organ Stop Pizza in Phoenix, and was a staff organist at the Organ Stop Pizza in Tucson.

He recalled one of his earliest musical influences: the player piano his family owned. He was fascinated by the patterns of the holes as they passed over the tracker bar. Playing every roll the family owned over and over, the tunes just got “into his head.” Later, at age six or seven, Jim had a babysitter that would play ragtime piano, and he would sit transfixed watching her play. He began piano lessons at age 11, after playing tunes by ear for many years. His teacher was a specialist in stride piano.

His introduction to the theatre organ came during a field trip in the 7th grade, when his class visited a home installation in Lafayette, California. Impressed by the sheer size of the instrument and the myriad of musical possibilities, he later gave this description:
"It was really like the clouds parted and a ray of light shined down. It was a sound I was waiting to hear. There I was, a 13-year-old, snot-nosed kid with tears running down his face, and I knew at that moment, that's what I had to do."

A tribute to Jim Riggs is featured on the podcast, "The Organist Encores" episode 482.
https://organistencores.co.uk/episode-482

Once, when asked why the organ interludes were so popular at the Oakland Paramount, he responded, "It's a sound like no other. It never fails to impress people. A theater organ like the mighty Wurlitzer is meant to sound like an orchestra… It always grabs people, gets their toes tapping. There's a lot of angry music out there. It's really nice to play something on the other side. My aim is to have people walk out feeling better than they did when they walked in."

His legacy will live on in the myriad of recordings showcasing his talent, and a full tribute will appear in the next issue of the Theatre Organ Journal.

Matías Antonio Bombal has digitized many of Jim Riggs' performances from analog tape, CD, and DAT tapes - placing them on a Soundcloud page for all to listen. 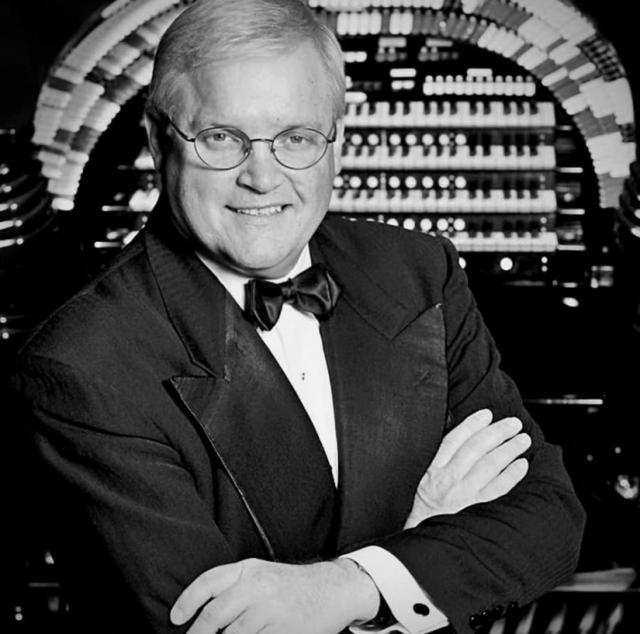