The ornate and sumptuous Louis XIV styled State Theatre in Market Street Sydney opened on 7th June 1929 with a 4/21 Wurlitzer organ installed. This was a similar model to the organs installed earlier in that year in the Regent and State theatres in Melbourne.

This is the only theatre pipe organ in the whole of Australia or New Zealand that is still installed in its original theatre location. It is currently undergoing complete restoration. It is one of only four organs of this style manufactured by the WurliTzer company – two of the others came to Australia: opus 1987 was installed in the State theatre, Melbourne, Victoria with a second console and grand piano; opus 2009 was the first organ installed in the Regent theatre, Melbourne (but was destroyed by fire in 1945.) The fourth was opus 2139, installed in the Trocadero cinema, Elephant & Castle, London, England (now the property of the Cinema Organ Society.)

Opus 2005 was also supplied with a dual console but this was not installed. The grand piano, for a time, was installed in an alcove to the left of the stage, but was later purchased by the organ retailers R.H. Elvy & Co. who stripped it of its player mechanism and resold it as a free-standing grand. The dual console was acquired by Arthur Lord for a mammoth 51 rank organ in the garden studio of his Killara residence. After Arthur’s death (1964) it was acquired by theatre organ buff John Clancy who had installed opus 1879 from the Civic theatre, Auburn, in his Wentworthville residence. The organ
chambers are located adjacent to one another centrally above the proscenium, and the big 32’ pedal Diaphone pipes are laid horizontally beneath the theatre’s front stalls. The console rises on a hydraulic hoist that turns in the process; it may also be turned when at full height. The organ pit is to the left of an elevating orchestral stage.

UPDATES: In 2010-11 the main console was placed on public display in the dress circle foyer. In 2012 the State management reacquired the slave console for future integration into the restoration project. In 2014 the main console was restored in USA and is now back on the restored hoist. In 2015 the contents of the Solo chamber and the organ blower have been in the USA for restoration. 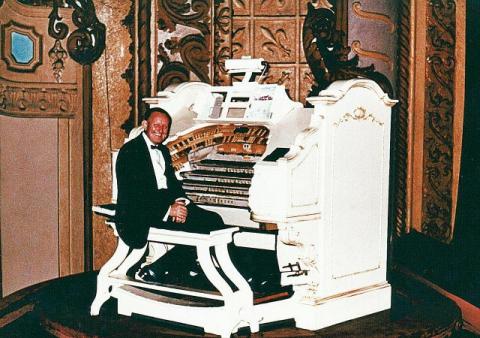 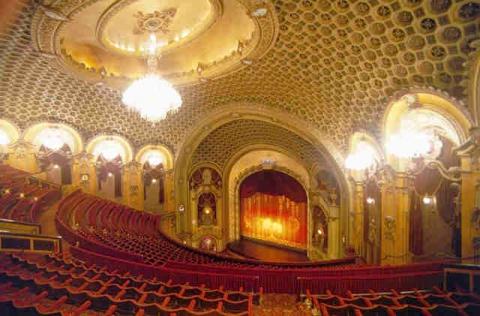