Andy Crow, the well-known organist, organ builder, and restorer, passed away on July 12 at the Panorama Convalescent and Rehabilitation Center in Lacey, Washington. Andy had been living with Parkinson's Disease; he was 83.

Andy Crow started piano lessons at the age of eight and began to study the organ at age 12. After achieving educational degrees in music, Andy spent two years in the Army Medical Corps at Fort Lewis – during which time he played at the chapels on post as well as at theatres in Tacoma and Seattle.

As a pianist and organist, he performed for more than 60 years; principally in the Northwest, but also for twelve years in the 1960s and 70s, touring the United States promoting the Rodgers Theatre Organ as a member of the Worth-Crow duo. With Ted Alan Worth, they played 366 concerts in virtually every state. He played the organ for over 20 years at the Tacoma and Bellevue Pizza & Pipes restaurants, and for more than 30 years was organist at Olympia's First United Methodist Church. He was a fixture in downtown Olympia as the owner of two theatres and, for many years, lived in the Capitol Theatre building. 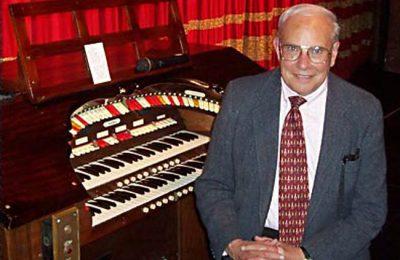